General Electric Company does not manufacture electric locomotives. Its business unit GE Transportation is a leading manufacturer of diesel locomotives.

After extensive lobbying and bribes by General Electric Company, the Indian Rail Ministry conceived of a tailor-made Project for General Electric - a multi-billion USD contract to set up a diesel locomotive factory in Marhowra, Bihar along with guaranteed long-term purchase orders.

At the same time, a parallel Project for a multi-billion USD contract to set up an electric locomotive factory in Madhepura, Bihar was also conceived by the Indian Rail Ministry.

In April 2010, Attorney Seema Sapra was recruited as in-house counsel for GE Transportation in India to advise GE on its bids for the Marhowra and Madhepura Projects. Both these Projects were being re-tendered iin 2010, as the 2008-2009 tenders were unsuccessful.

During her time at GE and after she became a whistle-blower, Sapra unearthed a conspiracy by General Electric Company under which it participated in the 2010 tender for electric locomotives for the sole purpose of corruptly influencing the tender terms, conditions and process for the tender for diesel locomotives.

Soon after starting work at GE, in May 2010, Sapra was asked to review the bid documents for GE's application for the RFQ due on 17 May 2010 for the electric loco Project. Sapra was surprised to find that the tender documents were being prepared by persons not authorized or qualified to do this under GE rules. These persons were Praveena Yagnambhat, the executive assistant to Pratyush Kumar who was leading GE Transportation In India and by an engineer based in Bangalore who had no well-defined role in the GE Transportation India team. No one from GE Transportation in the US was involved in this preparation which was completely contrary to GE's business procedures.

Pratyush Kumar and Ashfaq Nainar  submitted a technical bid for the electric loco Project on 17 May 2010 on behalf of General Electric Company using a shell company GE Global Sourcing India Private Limited as the bidding entity.

Towards the beginning of June 2010, Pratyush Kumar and Ashfaq Nainar informed people at GE Transportation and GE Corporate that GE had been short-listed by the Indian Rail Ministry as a bidder for the electric loco Project.

Sapra then learnt from colleagues in GE Transportation in the US that Jeff Immelt had finally decided that GE would not bid further for the Madhepura electric loco Project.

Despite this, Sapra was surprised to learn that Pratyush Kumar was proceeding with the tender process for the electric loco factory Project. Not only did Pratyush Kumar's team in India purchase the the RFP documents for this tender but also continued to participate in further pre-bid meetings organized by the Indian Rail Ministry along with the other bidders shortlisted for this Project, - Siemens, Alstom and Bombardier.

Sapra alerted GE Transportation executives in the US that Pratyush Kumar was proceeding with GE's participation in the Electric loco tender despite Immelt's decision that GE would not bid for this Project. Sapra was advised by James Winget that she was not to do further work on this Project even if asked to do so by Pratyush Kumar.

At this time Sapra is certain that Pratyush Kumar started having her drugged.

So why was Pratyush Kumar pushing for GE to bid in the 2010 electric loco Indian Rail tender even though GE does not manufacture electric locos and why was he continuing with GE's participation in this tender in 2010 even though Immelt himself had decided that Ge would not bid further?

Sapra unraveled this mystery and used internal GE documents, her personal interactions with GE executives, public government of India records and news reports to establish that Pratyush Kumar and Ashfaq Nainar were using GE's participation in the 2010 Madhepura electric loco tender for the sole purpose of influencing the bid documents, bid terms and conditions and bid process for the Marhowra diesel loco tender in which General Electric is actually interested.

http://gecorruptionpart5.blogspot.in/ #FCPA Why is General Electric bidding for India electric loco tender which it does not manufacture

http://gecorruptionpart5.blogspot.in/ #FCPA Why is General Electric bidding for India electric loco tender which it does not manufacture 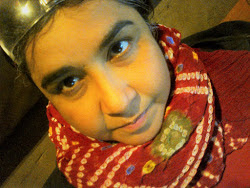